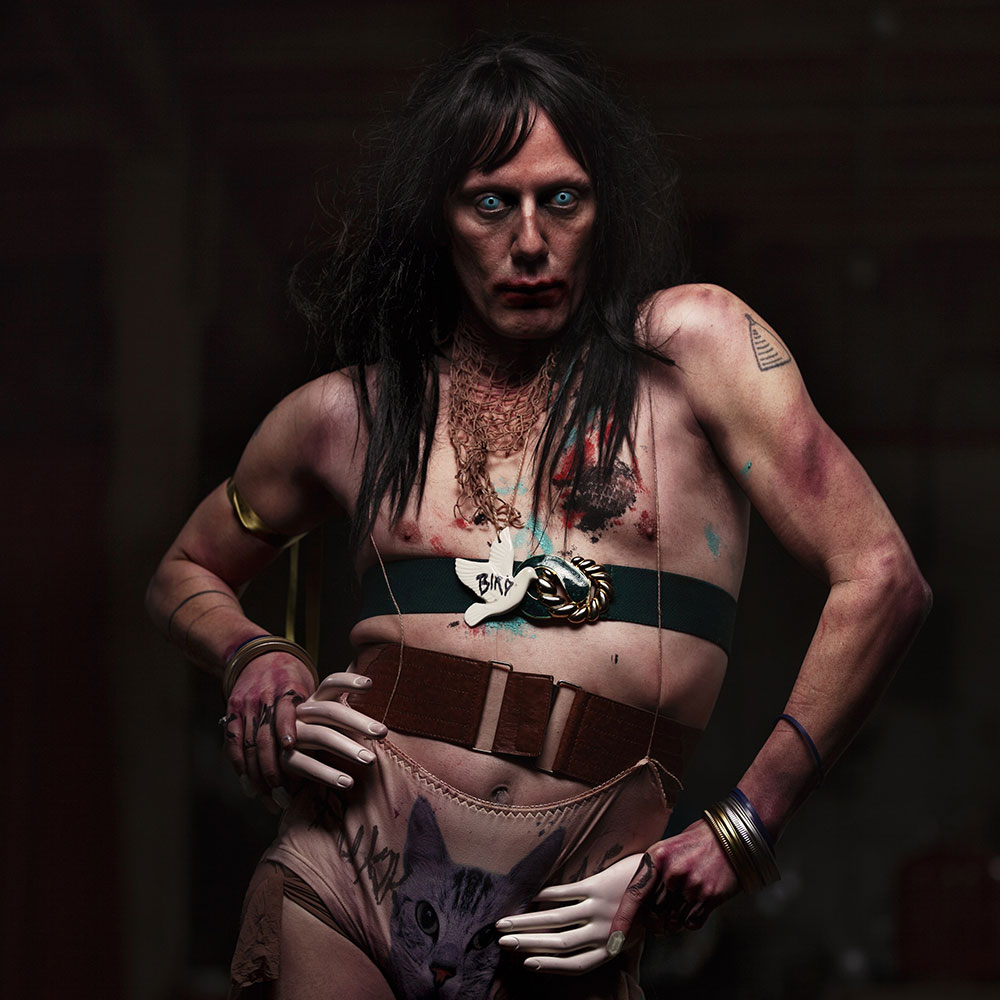 Having wowed East London’s LGBT+ community on her previous trips to the UK, CHRISTEENE made London her home in Summer 2018 and began a working relationship with Freeman PR.   CHIRSTEENE’s first feature in a British Daily newspaper The Guardian kicked off her three month sojourn culminating in an eight page feature in Attitude magazine and additional coverage on The Quietus and The Beat.  Freeman PR are now on board for CHRISTEENE’s sold out show at The Barbican Hall on September 22nd, her unique take on Sinead O’Connor’s The Lion And The Cobra, a performance during which CHRISTEENE will be joined by her friends Fever Ray and Peaches.

“The creation of Paul Soileau, who has described her as a “switchblade” through which to channel his anger, CHRISTEENE can certainly be shocking – a dirt-poor, highly sexualised, twisted southern gothic vision whose live shows involve raunchy dance routines, on-stage peeing and butt plugs sent over the crowd on balloons. Yet she’s also vulnerable, kind and warm, and it’s this deft balancing act that allows her to expose hypocrisy wherever she goes.”  THE GUARDIAN

“The world is an extremely mad fucked up place, but there are still hidden gems catching light in the darkness. I feel in my gut, deeply, that this night will be one of them. I’ve assembled a beautiful team of collaborators to execute this dream who all share the same love for Sinead’s work and this album. This project and this album deeply resonates with all people involved”  CHRISTEENE.

CHRISTEENE has gathered tremendous critical acclaim for her high-octane, radical creative vision from the Deep South that continues to destroy all notions of normality.  Spin Magazine has called CHRISTEENE “a manic combination of Alice Cooper and Hedwig (of the Angry Inch)” and NOW Magazine compared her to “Beyonce on bath salts.”  CHRISTEENE “injects both hip-hop and gay culture with a much needed dose of punk-rock humor and attitude,” said The New Yorker.  Most fittingly, iconoclastic designer Rick Owens (also one of her longtime collaborators) said, “CHRISTEENE to me represents the joy of abandon – abandoning hypocrisy and indulging your id and your primal instincts that are very innocent and very charming.  There is a childlike innocence in her provocation, something very cheerful and happy to what she does.  CHRISTEENE is theatre, a composition of commedia dell’arte, kabuki, Busby Berkeley Hollywood musicals, grand guignol…She counters false prudishness, false rules.”