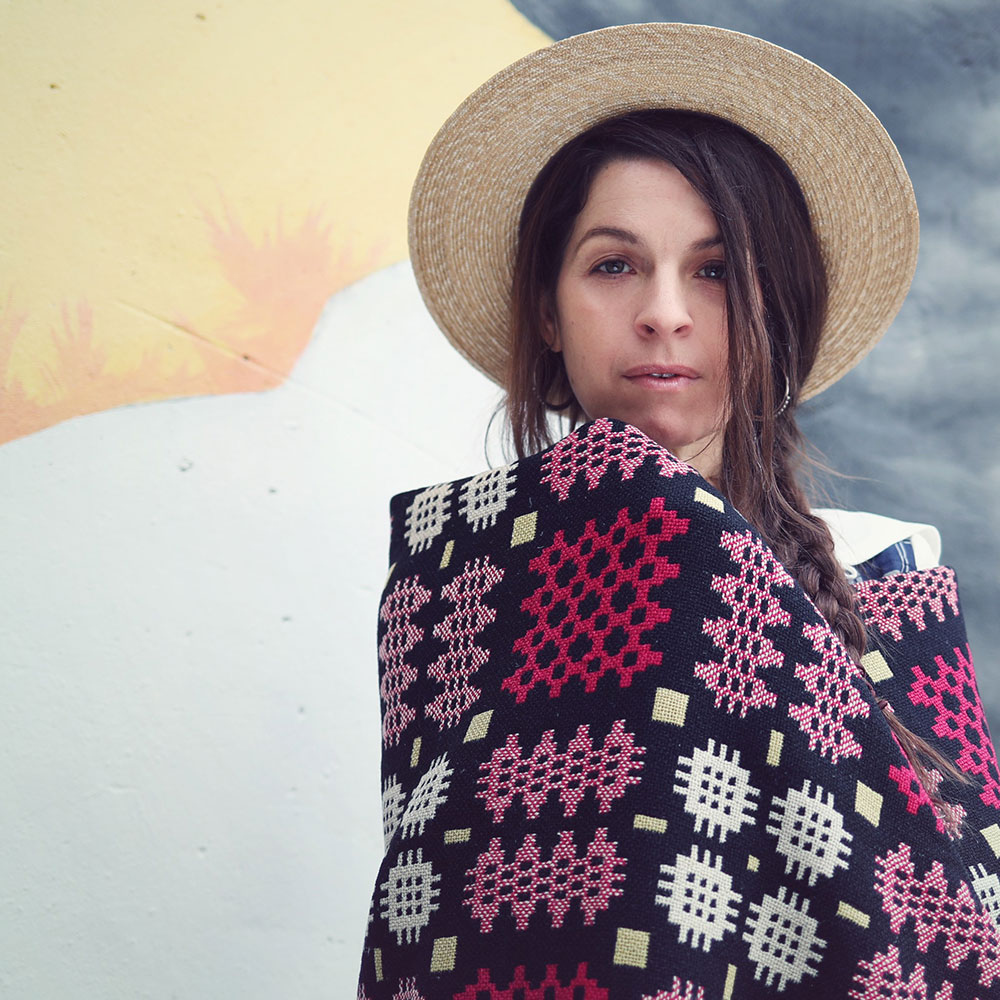 “…her fifth and immediately her loveliest”  The Standard ****

A culmination of life and musical experience, uncompromising in it’s vision, Stonechild, the new studio album from Jesca Hoop is a self described “compassion project.”

Released on July 5th by Memphis Industries, Stonechild is Hoop’s fifth album – Freeman PR have handled PR for all except her debut – and the follow up to 2017’s highly acclaimed ‘Memories Are Now’.

Despite being a long term resident of Manchester Hoop, has until now, returned to her native California to record. This time round however, “It was time to step out of my comfort zone, my safe place” says Hoop, venturing south to Bristol to team up with producer John Parish (PJ Harvey, Aldous Harding, This is the Kit). Parish’s minimal and purist approach helped clarify Hoop in her ideas subtly yet effectively realigning her sound. The simplified arrangements draw focus to the fundamental sophistication of the songs.

While Hoop’s trademark finger-plucked guitar and ethereal textures remain, the songs and their presentation are ever more direct. “He – Parrish – was a gentle collaborator until he killed one of my darlings” Hoop jests. “I’ve never been so brutally edited, and I wasn’t shy about expressing my discomfort at the sight of my work on the cutting room floor. He said, you will forgive me, and in some way I think I actually enjoyed that treatment…being stripped back to the bare basics…albeit painfully.  ‘Stonechild’ ventures further into fresh territory with other voices joining the narrative, with Kate Stables (aka This is the Kit) Rozi Plain and Lucius singing the choruses and expanding the sensual depth of the sonic bloom.

Embedded in Hoop’s song writing is an inherent unpredictability something she ascribes to being “guided more from instinct than study”.  Perhaps more than ever before, ‘Stonechild’ sees Hoop lead us through uncharted landscapes throughout the album. “When I look at the history of my life, I realize I have the breakdown of not only my parents’ marriage but also the breakdown of their parenting to thank for the wild and unexpected course that my life would take. I went looking for a raw and rugged world. the opposite of what I was raised in.”

The album title was settled after a trip to a Philadelphia’s Mütter Museum, where the Stonechild is a sad, compelling display of an unborn foetus carried by a woman for over 30 years. “They become a hard ball of bones, a rock. Phonetically, it’s a beautiful sounding word – hard and soft – but also, I am taken by the idea of carrying something for a long time, perhaps in secret and then giving it up. I hope I have made an album of substance. There is meat on the bone”

‘Stonechild’ “wraps it arms around our human planet spinning in its increasingly precarious wobble”. These rich and curious songs derived from themes of our troubled times speak Hoop’s heart and mind from her empathetic yet tough loving centre point. With writing so fluid, so natural the result is an album where everything is truly meant.