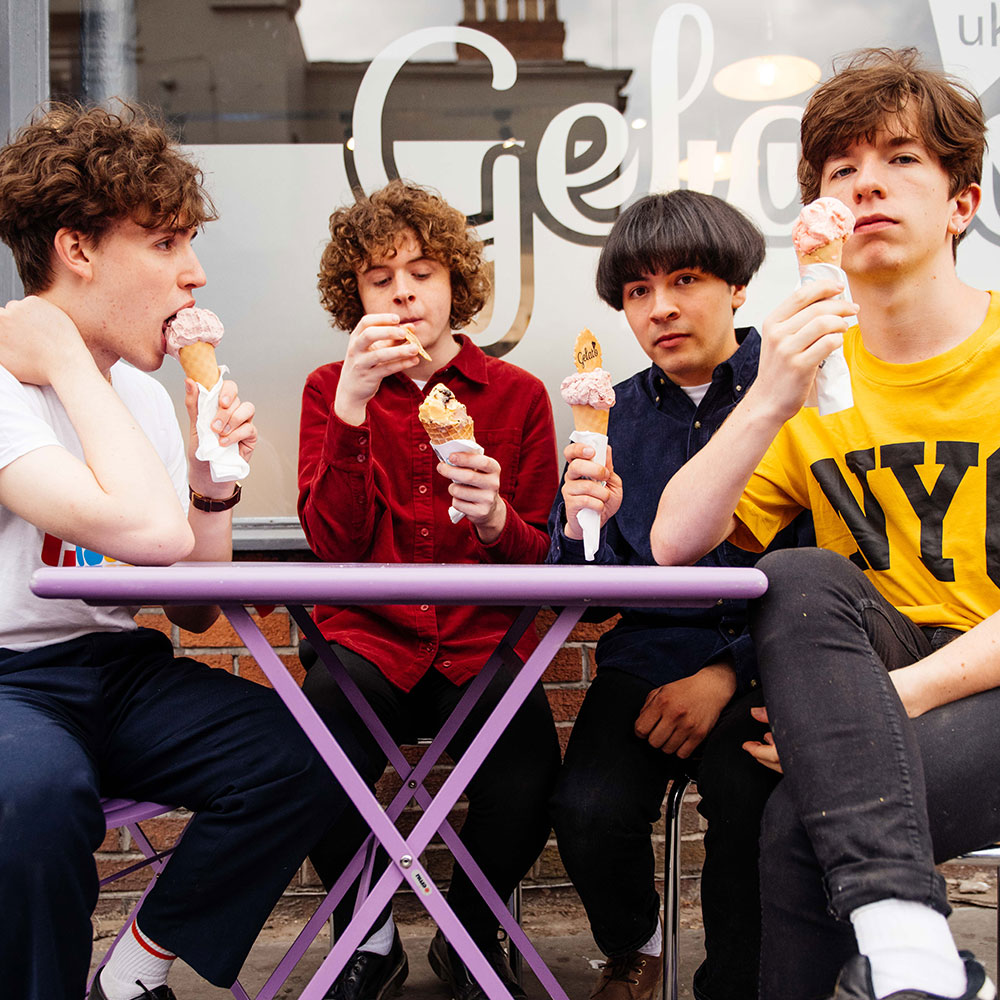 Carefree and cartwheeling through the streets of Liverpool, SPINN’s video for new single Shallow epitomises the bands refusal to be bound by the pressures and pessimism of modern life.

SPINN are a band at once able to give voice the frustrations of a generation while providing blissful escape into revelry. This is the sound of young people who want to love, live and re-connect in a world of digital static, ill feeling, hard words and the mirky stream of misinformation.

“Shallow is the antithesis of our last single ‘It’s Not Getting Better’, because there really is no underlying message…” explains lead singer Jonny, “It’s the result of four lads writing an indie pop banger about nothing.”

“We wrote a proper poppy tune and called it Shallow because that’s what it is. I think there’s two sides to SPINN, there’s the veiled meaningful pop crooners, a la November, and It’s not getting better, and then there’s then there’s the outright sugar coated Mersey-Wave indie guitar pop side of the coin with Notice Me, Who You Are, and now Shallow. So we’re like a coin, only with adorably floppy hair.”

Release in June, the track It’s Not Getting Better featured on several Spotify playlists, including New Music Friday, All New All Now, and The Indie List, clocking up 100k plays a week. With over two million Spotify plays from a run of eagerly consumed singles – plus support from Radio 1, 6Music and Radio X – SPINN have been building a live following to match their streaming and online presence, with summer shows and festival dates before their first headline tour in September.

Destined to break hearts from Huyton to Brighton, SPINN are purveyors of shimmering dream-pop. Their debut EP released in spring 2018 was produced by Chris McCory of Catholic Action and brewed on the banks of the Mersey with the very essence of that river’s musical current.

Already online the tracks It’s Not Getting Better, Notice Me, She Takes Her Time and After Dark have been dazzling the indie blogosphere since the beginning of 2018. Misty eyed and fleet of foot, She Takes Her Time is a shot at romance and a bid for indie-disco stardom, while ‘After Dark’ is break-up song staged beneath the streetlights, soundtracked by duelling guitars.